Founded in 1942, the Entertainment Industry Foundation (EIF) is a multifaceted organization that occupies a unique place in the world of philanthropy. By mobilizing and leveraging the powerful voice and creative talents of the entertainment industry, as well as cultivating the support of organizations (public and private) and philanthropists committed to social responsibility, EIF builds awareness and raises funds, developing and enhancing programs on the local, national and global level that facilitate positive social change. Stand Up To Cancer, a division of EIF, raises funds to accelerate the pace of groundbreaking translational research that can get new therapies to patients quickly and save lives now.

Donate
EIN951644609
eifoundation.org
CONNECT
This nonprofit is also supported in these funds 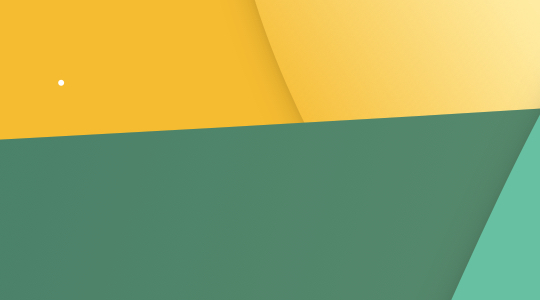 →
5 nonprofits
Equality.Namely.com Fund
Please select this option if you would like to equally divide your donation across all five organizations.
Created by Frances Jarmon

→
5 nonprofits
Black Lives Matter Legal Representation Fund
Americans are rising in anger and hope to protest systemic violence and injustice fueled by outrage over the killing of George Floyd at the hands of a Minneapolis police officer. Bright Funds has established the Black Lives Matter Legal Representation Fund, composed of pre-vetted nonprofits committed to providing legal representation to those who actively seek to eliminate racism through activism. Through a single tax deductible donation to the Fund you will support a group of nonprofits that are part of the movement to fight for freedom, liberation and justice for all Black lives.
Created by Bright Funds

→
1 nonprofit
Florida Enterprise Q3 Stand Up To Cancer Fund
Stand Up To Cancer 100% of donations received from the public support Stand Up To Cancer’s collaborative cancer research programs. Their unique research models are expertly designed to initiate collaboration, accelerate the pace of cancer research, and clear the way for high-impact breakthroughs. Stand Up To Cancer breaks down the traditional barriers to collaboration by allowing scientists and researchers across institutions and disciplines to come together and work toward a shared goal: beating cancer. Their projects are large enough to allow scientists to work together on key questions, and our milestone-driven approach focuses efforts on delivering truly meaningful outcomes for patients.
Created by Sherri Mazza

→
3 nonprofits
Patriot Act - I Can’t Breathe Fundraiser
Patriot Act has been one of my favorite shows since its debut. If you haven’t watched it, it is, in essence, a stand up comedy show discussing the serious problems in the world. Hasan Minhaj, the host of the show, has recently talked about the murder of George Floyd. George Floyd was a black man who had been choked to death by a police officer in Minneapolis. Floyd tried to get the policeman to stop, saying “I can’t breath”. The policeman did not listen. This sparked protests across the country and led to riots and looting in the U.S. This Fundraiser is influenced by Hasan Minhaj, and the non profits listed here are supported by Patriot Act. These nonprofits are committed to support the people who are subjected to racial discrimination and police brutality. We should have a world in which communities of color are not targeted. Donating to this fundraiser will support a group of nonprofits that are fighting for freedom and equality between all people.
Created by Sidharth Vitthanala

→
5 nonprofits
California Fires Relief Fund
The Camp Fire, which erupted in Northern California on Thursday, has killed at least 63 people, with 600 people still missing, and burned through 117,000 acres of land. Already the most destructive fire in the state’s history, it remained just 30 percent contained as of Monday night. The Woolsey Fire outside Los Angeles, which started Thursday and doubled in size overnight, has killed two people and burned nearly 100,000 acres. Both fires prompted the evacuation of hundreds of thousands of people, some not realizing how dangerous the fires had become until flames arrived at their doorsteps. The Hill Fire, which destroyed 4,500 acres in Ventura County, was 85 percent contained on Monday, the result of aggressive firefighting and favorable weather conditions.
Created by Mehreen Mundh
Donate
Meet recent donors
Elizabeth McCormick